Skip to content
Welcome!  Join in and experience the collaborative stories we create together.

Nashville Unveiled is a set of open and ongoing tabletop and theatrical style roleplaying games in Nashville, Tennessee. In many of them, the players take on the roles of humans and supernatural creatures such as Vampires, creatures from the other side of the mirror, and other creatures of legend that inhabit a fictional version of the modern day world. In others, you may play dogs in a medieval society long after the era of humans has passed, or Martians on a savage and strange Mars. Or even superheroes with an unknown past, determined to save the world from the super-villains who also unexpectedly appeared around the world one Autumn day.

New Players are welcome. No experience needed: we’ll help you get started. We’re a friendly and open group.

Many of our games are in the urban fantasy genre and use a setting created by White Wolf Publishing and expanded by Onyx Path Publishing. It is basically the current world with a subtle, supernatural twist. Think “Stranger Things,” “Lost Girl,” “Supernatural,” or “Grimm,” with the stories told from the perspective of one of the secret supernatural inhabitants of the world. We run several different flavors of games that all take place in one of two major chronicles: Unveiled and the Mind’s Eye Society.

What is Theatrical LARP? 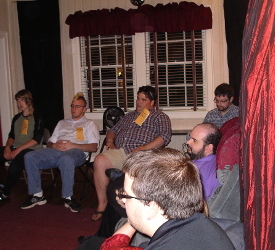 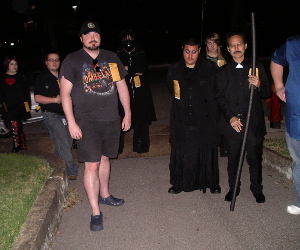 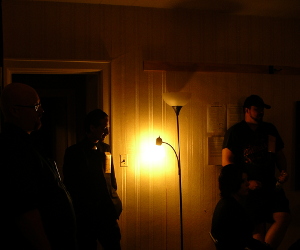 Theatrical Live Action Roleplaying also called “Parlor LARP” is a cross between improvisational theater and an escape room with a game element added. Players in the group create a character that they play out over many games, developing their character and his or her relationship to the other characters. It is sometimes confused in popular media with what is often called “Boffer LARP,” where people play outside with foam weapons. That’s exciting (and we can point you toward some local groups), but it is quite different than what we do: there are no physical feats or winners in Theatrical LARP, and the focus is on the characters and story development.

Characters move around in a given area and interact socially with each other, sometimes with props or clues regarding the current stories that they are participating in. When two players take actions that conflict, it is resolved through either rolling dice or drawing cards. Acts of physical violence (swinging a sword, kicking somebody) are always resolved through cards or dice.

You are not confined to having your character match your physical appearance: an 18 year old hipster might play a 62 year old business tycoon. Or they might portray a 600 year old vampire or a priest who happens to be a werewolf. This is either done via a name-tag describing your character or (for those who choose to do so) a full costume. Most people do something in between, with a iconic article of clothing like a hat or a dress blazer that references the character’s personality.

Finally, just in case you might be concerned: this is a form of entertainment. We do not actually think we have magical powers any more than an actor playing Peter Pan on stage believes that she can actually fly.

What is Tabletop Roleplaying? 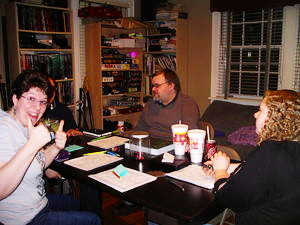 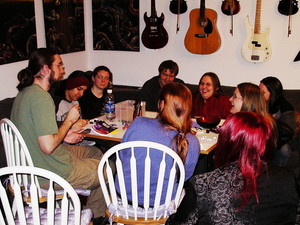 Roleplaying Games, or RPGs, are a type of game that is traditionally played with dice while sitting around a table. Unlike normal six sided dice that you use in backgammon or most board games, we use ten sided dice. These are typically available from one of the many game stores in the area and can be found online.

Unlike some portrayals in the media, we don’t wear costumes or run around. Basic play involves a sheet describing your character, and a group of people around the table saying what their character does. One person, the Storyteller, keeps everything on track and helps describe the outcome of what the players decide to do, along with rolls of the dice. 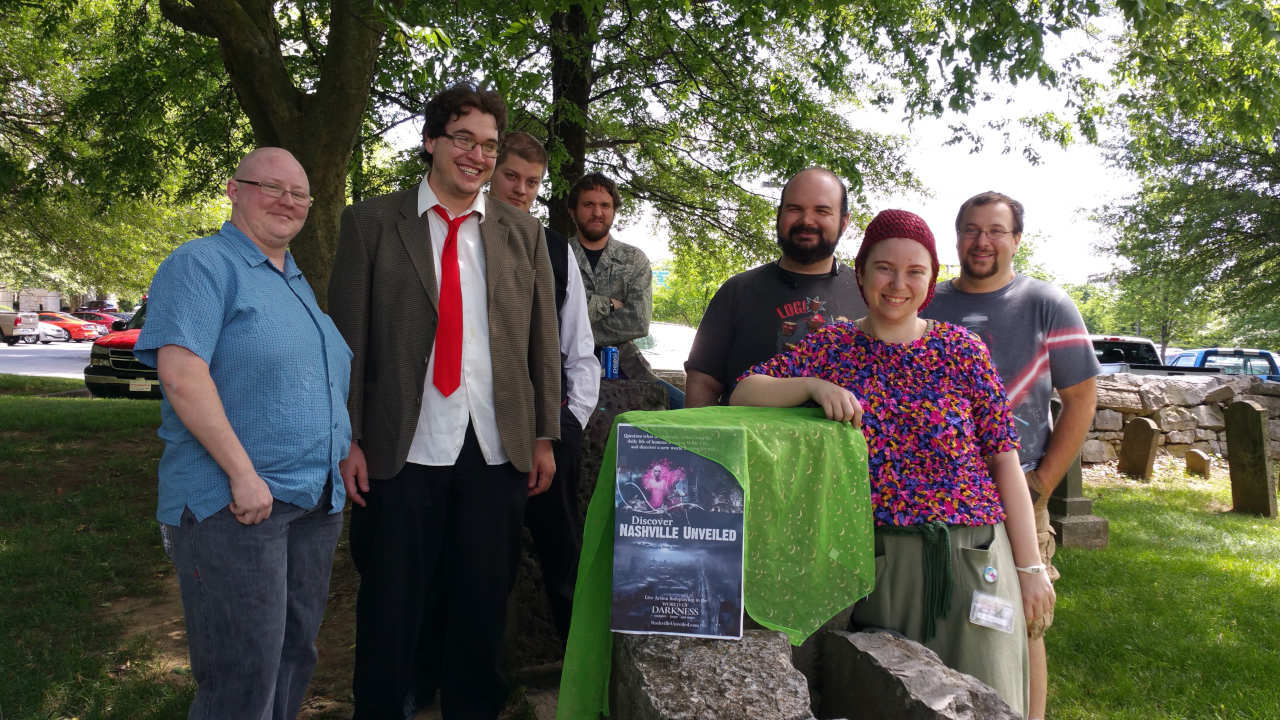