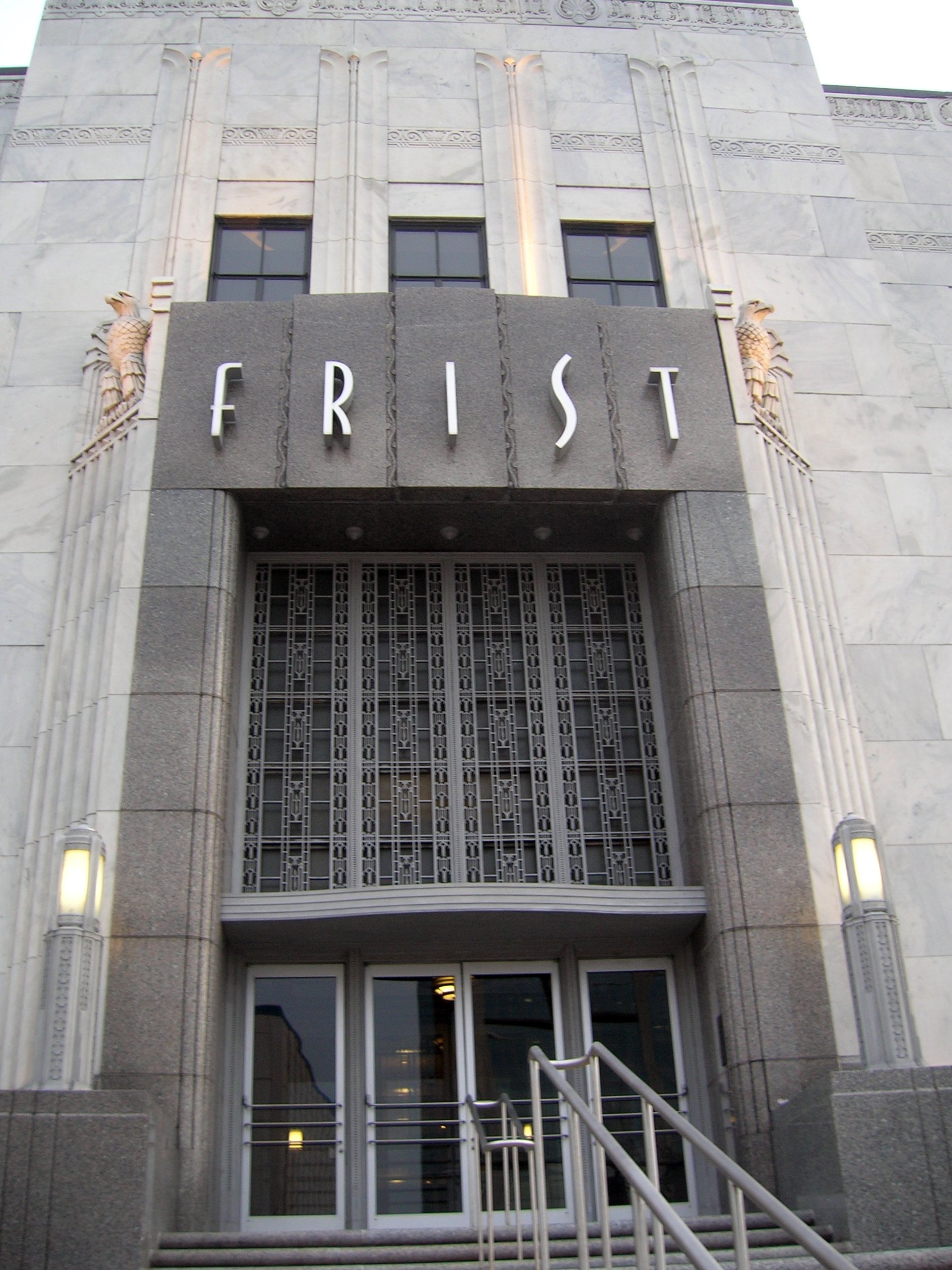 Elysium is in the Frist Art Museum. It is the Patron’s Club, located to the north (to the left as you enter from the front), and has a private, walled parking lot.

Elysium is a social place, safe to all. There are four notable nearby locations within instant walking distance (no travel time in game terms):

The front of the building is imposing, with two entrances, flanked by Eagles. These lead to a large lobby (the second photo below) that can look out onto Broadway and downtown.

The front of the building. The Patron’s Club is to the left. 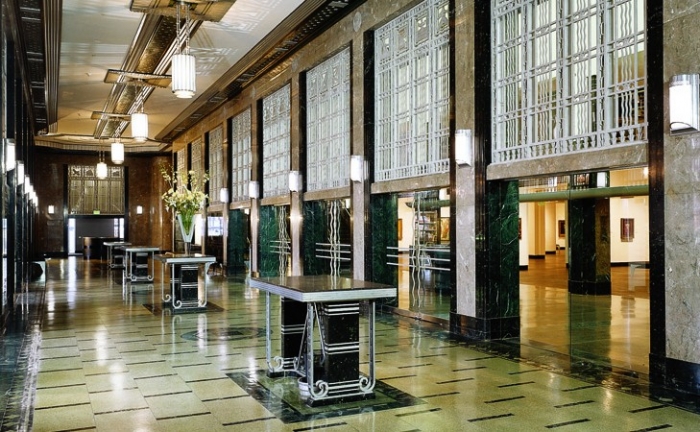 The front lobby. The Patron’s Club is accessible at the far end, to the right.

The Patrons parking area is semi-private, with ten foot tall walls around it. See the photo below for the real world version, which has a low wall and a small gate rather than the in-game version with a high wall and fenced gate.

Note that this is incorrect. Read the description! Union Station is in the far background.

See the “Area around Elysium” for now. 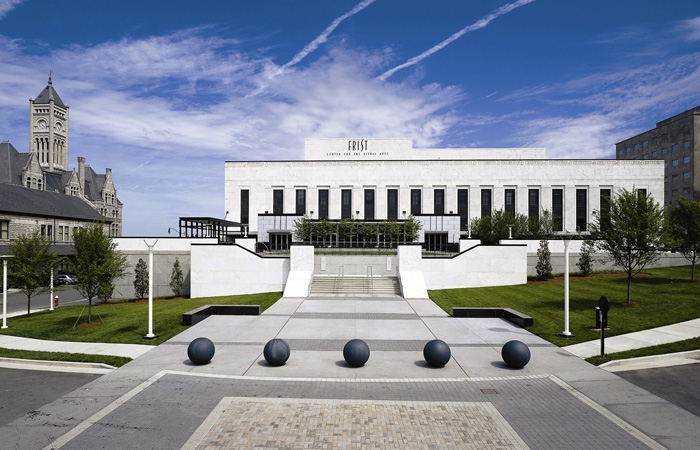 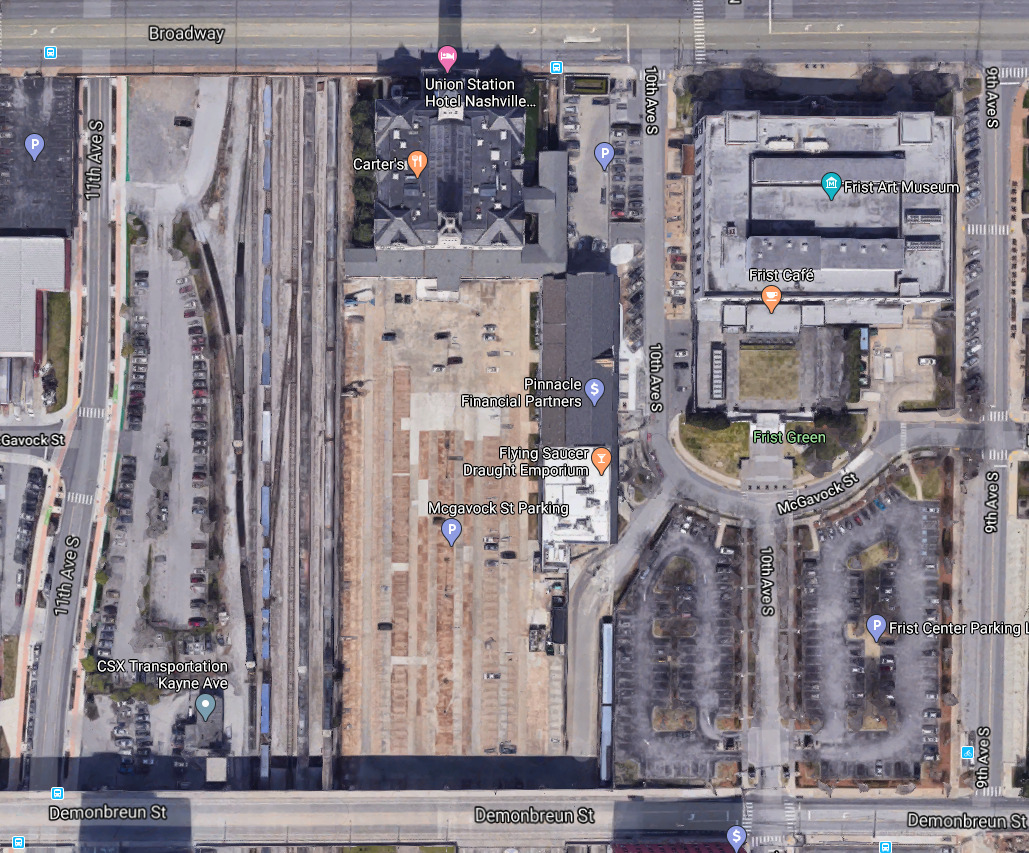 Prince Keith Roberts owns the hotel across the street from the Frist.